William Heyward Alexander was born 18 December 1923, a son of Wallace and C. L. Alexander. He had two brothers: Dr. W. W. Alexander and Lt. Jim Vance Alexander (U.S. Air Force).
He graduated from Woodruff High School and was president of his senior class in 1941. He entered Wofford College in 1941, joined the Army Reserve and was called to active duty in 1943. On 22 December 1944, he was wounded by a bullet penetrating his thorax and admitted to hospital in Germany where he died.
Funeral services were conducted for him at Unity Baptist Church in Spartanburg with the Lanford-Boyter Mortuary in charge. He was buried in the New Unity Baptist Church Cemetery in Spartanburg, S.C.
NEEDED:
Picture of soldier
Posted by Frieda Marie at 6:54 PM 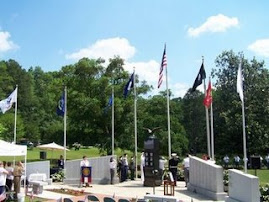